Somalia, officially the Republic of Somalia, is a country located in the Horn of Africa. It is bordered by Djibouti to the northwest, Kenya on its southwest, the Gulf of Aden with Yemen on its north, the Indian Ocean at its east, and Ethiopia to the west. Somalia’s terrain consists mainly of plateaus, plains, and highlands. The weather is hot throughout the year, except at the higher elevations in the north. Rainfall is sparse, and most of Somalia has a semiarid-to- arid environment. Somalia principally desert area; Somalia faces Natural hazards likes recurring droughts; frequent dust storms over eastern plains in summer; floods during rainy season.

Somalia situated at The Horn of Africa

Somalia’s long coastline (more than 3,300 kilometers) has been of importance chiefly in permitting trade with the Middle East and the rest of the Horn of Africa. With this geographic ituation, Somalia is facing problems with their desert land, but have advantages in maritime area.

Somalia organized into clan groupings, which are important social units; clan membership plays a central part in Somali culture and politics. Clans are patrilineal and are typically divided into sub-clans, sometimes with many sub-divisions. The Clan structure plays important role in Somalia social and culture. There are 5 main clan in Somalia, Darod, Dir, Hawiye, Isaaq and Rahanweyn. Each clan try to get influence among Somalia government. END_OF_DOCUMENT_TOKEN_TO_BE_REPLACED

2011 Tunza International Children and Youth Conference
Bandung Declaration
October 1, 2011
The Voice of Children & Youth for Rio+20
§1 We, the delegates to the 2011 Tunza International Children and Youth Conference representing 126 different countries, are united in calling upon world leaders to move to a sustainable development pathway that safeguards the Earth and its people for our generation and generations to come. We urge governments to respond to and not ignore the demands of the children and youth.
Section 1: Rio+20 and the Promises to Our Generation
§2 Next year, our leaders will meet in Rio de Janeiro, Brazil, to critically assess and accelerate our progress towards sustainable development. The “Rio+20” gathering will mark a generation since the 1992 Earth Summit – the first [effective] global recognition of the environmental, social and economic costs of unrestrained development.
§3 While we were not at the Earth Summit in 1992, we know that it was transformative. As the result, sustainable development has become a critical component in the protection of the environment and the eradication of poverty. We have met the youth and children who stood there and called to the moral consciences of our leaders and citizens to act.
END_OF_DOCUMENT_TOKEN_TO_BE_REPLACED

CITY OF GLASS by: Gary Oenawihardja
Tunza Indonesia..going road to Rio+20
VERSE:
And I said to myself
This is such a beautiful world
Since the day that I was born and until now
But lately, as we know
Human never stop sprouting pollution
If this keeps going on then word “beautiful” will be history
REFF:
Now the world turns into city of glass
When everything got worse and getting more worse
Are we doing nothing?
That’s the question of the day
Get out from the spell and break the glass
Don’t wait for the others, be the first to start
Breathe the world a new life
For the next generation
Heyy..ya..heyy…yo (4x)
BRIDGE(ending):
Leave a green life and save energy
Protect our forests
“reduce, reuse, and recycle”
Tell your neighbours and friends
Let’s all be the hero of our future..
DOWNLOAD City of Glass.mp3

THEME: Reshaping Our future through AGreen Economy and Sustainable Lifestyle

The United Nations Environment Programme (UNEP) in collaboration with the Government of Indonesia will be organizing its Tunza International Children & Youth Conference on the Environment , from 26 to 30 September 2011. It will bring together 1400 children and youth, to discuss their role and inputs to the upcoming United Nations Conference on Sustainable Development ” Rio+20″.

Under the slogan ‘ Reshaping Our future through A Green Economy and Sustainable Lifestyle’. The conference will also review the contribution of youth to the International Year of Forests and how they can adopt more environment-friendly lifestyles. The conference themes are Rio + 20 (Green Economy) / Green Lifestyles, Forests, Sustainable Consumption and State of the Global Environment from the youth perspective.

The Children and Youth / Sport and the Environment Unit

Division of Communications and Public Information 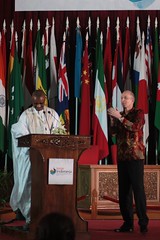 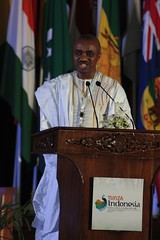 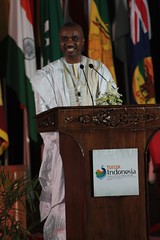